I have been collecting boxes and packaging materials for the past three years in anticipation of an eventual move. When the time finally came, there were only three boxes from the liquor store (the kind with the built in dividers) put to use. 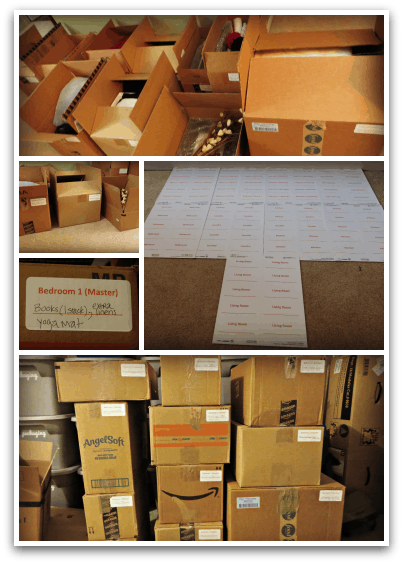 When the prospect of moving became a near-future reality, I became giddy with ideas of color-coded and labeled boxes. Although I was reigned in a bit, I still went a little label crazy. I printed about ten sheets of (pretty, if I do say so) labels, and then proceeded to put together about twenty broken down boxes.

Fortunately I hadn’t gotten too far into the craziness when it was pointed out to me that pretty much everything we own is already in a box. Couldn’t we just move everything in it’s already storage container or pack the stuff into one of the compartments our furniture already had to offer? I was intrigued. 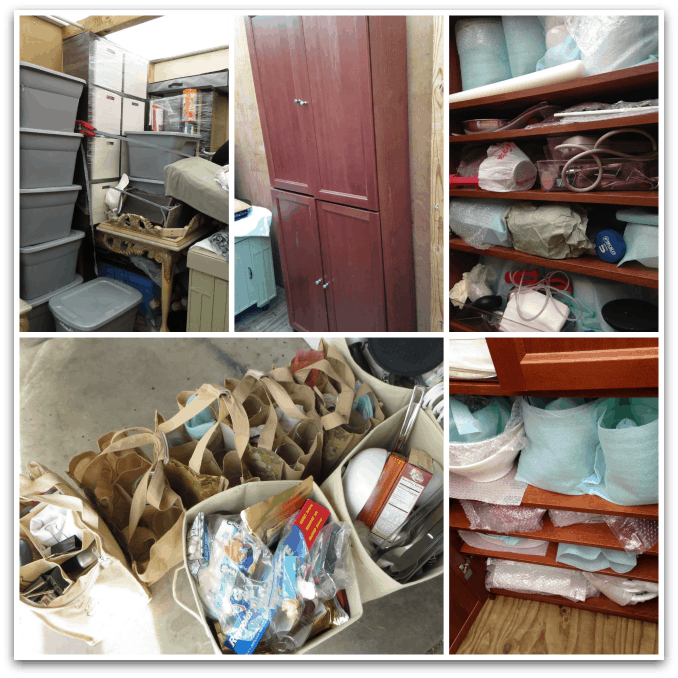 I was not too proud to unpack the boxes with the pretty labels that I had already packaged up. Perhaps my way was nice, but moving with only one PODS container calls for more creative solutions in space efficiency. So I unpacked the boxes (which didn’t take long), and was pretty astounded when I started to realize that not only would we not be using very many boxes, but that we would end up with more containers than stuff in the end.

We use medium and large fabric storage bins from Target  (unfortunately the large khaki bins sometimes seem hard to find) in almost every room of the house. Prior to packing, there were a total of eight bins in the master bathroom under the sink, four in the upstairs hall bath, six each in the second and third bedroom closets, five in the laundry room, and six in the kitchen pantry, not to mention the other boxes and decorative containers stashed around the house.

Not only did things stay in bins for the move, but since the bins weren’t already filled to capacity it was easy to get some more storage mileage out of each bin. In fact, at the end there were probably five or six left over since many times a bin was emptied and its contents dispersed into the other bins to save space (the only problem? We are now down one electric toothbrush. I guess there are at least some advantages to having labeled boxes!).

Items were secured into place inside the PODS container with ratcheting tie down straps and lots of plastic wrap (I think we went through one large roll). Every piece of furniture that went in was filled to the brim with items from around the house that weren’t already stashed into another bin or container. This was where the packaging materials primarily got used.

Besides the packaging materials, one of the best packing companions was the multiple wine bottle carrying bags. We had been inadvertently collecting these over the years. Even if you don’t drink wine, these bags are great for packing up breakable items such as drinking glasses (we transported them in the car).

Which brings me back to the 3 boxes that were used during the move. If I had more wine bags, I probably wouldn’t have needed to even use these boxes. They were primarily used for kitchen stuff that was highly breakable and/or perishable. The boxes ended up being transported in the car, so the PODS container actually got away with having no packed boxes inside. 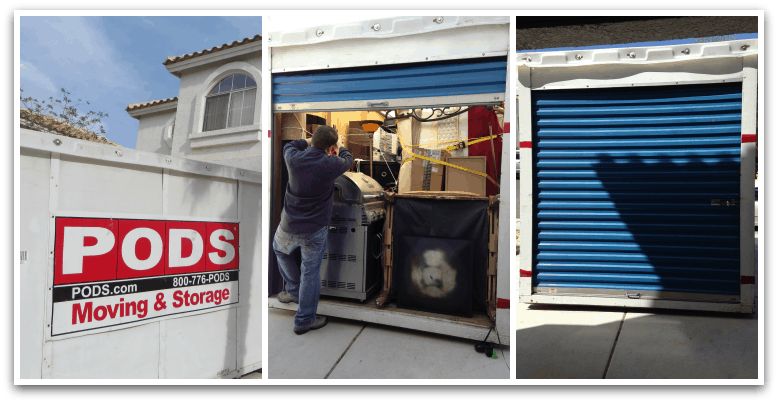 This move was only about a four hour drive away from our old home, so it was manageable to make about three car trips back and forth to move a lot of smaller items prior to the final move. We also sold our bulky furniture on Craig’s List the day before, with the exception of the mattresses, patio furniture, and a large chair. As you can see, a second container would have been necessary if we packed one more thing in there.

I love living in a home where everything has its place. It is so peaceful to not have to see stuff out and strewn about the place when not in use. If we weren’t so limited by the confines of the 8′ x 8′ x 16′ container in which to store the majority of our belongings, I still believe we could have made this move without a box in sight while maintaining the organization of our already boxed up belongings. Well, there’s always next time!

Today I finished my clean out/organizing of the fr

I is for igloo. And ice ice baby milk. @livingmont

Our first Disney day with the girls 🥰 It was a

Mall excursion, during what may or may not have be

I woke up this morning thinking that if I want to

- HAPPY & HOPEFUL - I finally took the time to cl

Someone has mastered the art of laying on the couc

Meditation site on the morning of Claire's birthda

Claire Bear is 4! My husband can make an amazing b

Enjoyed the backyard this past weekend ❤️ •

Because it does 💗 We are far from perfect, but

This is Shenanigans - Gans for short. He's also no

Trying to get in more pictures ❤️ Thanks @busy

The other day the first thing Emma asked for when