“I promise you: whatever you let go will come back in exactly the same amount, but only when it feels the desire to return to you.” – The Life-Changing Magic of Tidying Up by Marie Kondo

The other day I was thinking a lot about my recurring not-so-positive thoughts, and how they were not only annoying and driving me crazy, but holding me back from moving forward. This was spurred on by something I heard Esther Hicks say on her YouTube channel the day before.

I am always so focused on trying to think about what I want, I sometimes forget how detrimental it can be to let my thoughts spiral and dwell on things I don’t want. Abraham/Hicks was saying that you want to stop thinking about things you don’t want because that creates space for what you do want to come into your life.

I liked this perspective, because it takes the pressure off of trying to stay so focused on things that don’t appear to exist just yet. Rather than working so hard to trick myself all the time into thinking I’m already future me (which can also be fun), sometimes all that needs to be done is putting a stop to anything that is not that, or that goes against that.

A much simpler concept. Let go of what is not wanted first.

The Tidying Analogy for Letting Go of Thoughts

Inspired by The Life-Changing Magic of Tidying Up

by Marie Kondo, I have been tidying our home over the last few months. Julie Morgenstern

first introduced me to the idea that keeping things that have no purpose but to take up space blocks us off from what we really want in our lives.

This has been reinvigorated by Marie Kondo, and I have been letting go of things that don’t bring me joy. One example from just the other day is a set of paper trays that I had gotten several years ago at Target for five dollars each. 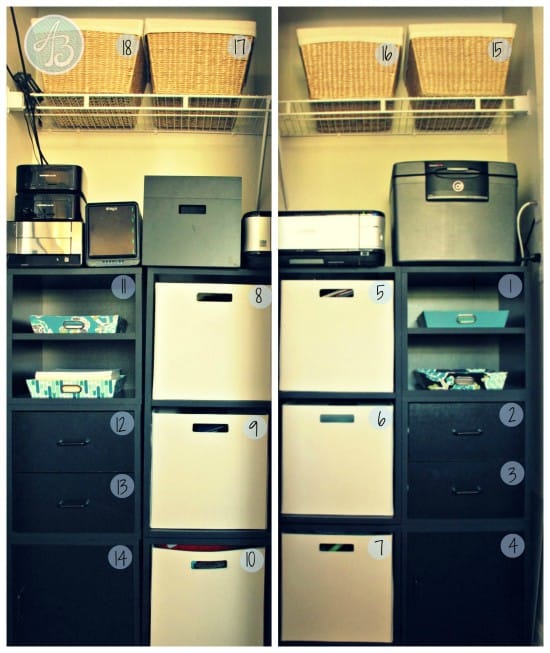 I had been searching for the right sized bin for cubes with dividers we had gotten for our closets. I knew what I wanted, because I had seen images of the bins online (they matched the larger bins in the picture perfectly), but they weren’t in stock anywhere. Every time I went to Target they wouldn’t have them. Or they would have something very similar, but in a tapered shape that wouldn’t fit in the space.

I finally settled on the paper trays, and ended up being happy with them because they made sense for how we were storing office supplies at the time. Still, I have always had the bins that matched on my mind for this space.

When we moved, the systems we had set up in our old house didn’t really work anymore. We now have a guest bedroom that we put some of the cubes in and still hadn’t gone through their contents and made them functional for the new room. They still contained office supplies like they had in our old house in our version of an office/guest bedroom.

We no longer have the need to keep office supplies in this room, since it is now more functional as a guest room, and we wanted to keep the office supplies out of the room so we could access everything when we have guests.

The Lifespan of Things & Thoughts

But, I still had those paper trays in the open spaces of the cubes, with nothing in them. I remember how happy I was when I found them, because they were so cheap, I loved how they looked, and they were perfect for storing printer paper. Now that the printer is in a completely different area of the house, it doesn’t make any sense to have paper trays in that room.

Ever since we moved, every time I would look at the empty paper trays I would wonder what I was going to do with them. Finally, a few days ago, I made the call to let them go. It was a tough decision.

I was conflicted because I remembered that they had brought me joy at one time. I had to admit that after trying for a year and a half to find a function for them in our new house that they just didn’t have a purpose here.

So I thanked them for their service and the joy they brought me, à la Marie Kondo, and drove them over to the Goodwill. After Goodwill, I was going to Target for a few other items.

Guess what I found when I was strolling through the storage bin aisle? 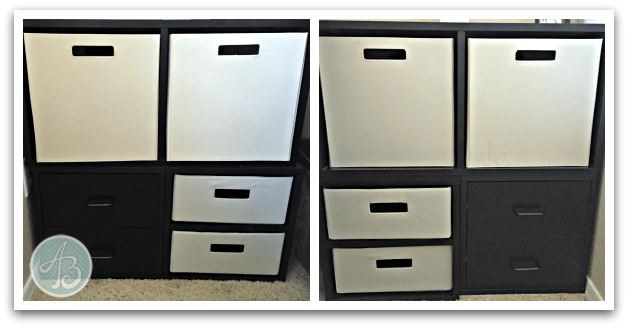 You guessed it! The half bins I have been pining after for like 5 years! You might say this was simply a coincidence. But I choose to see this as a sign that when I let go of things, I am creating space for new things. The things I really want in my life.

Letting go of both thoughts and things that are no longer serving a useful purpose in our lives allows our lives to change in new and exciting ways, often in ways we weren’t even expecting.

Have you ever let go of something and found something new show up in your life? Please share your thoughts!

This was part of my bday gifts one week ago today

I have been meaning to share the story of our litt

My bedroom/office update I have been working on ov

Throwback to when it was Christmas Eve, my Christm

The scene from about 2 am this morning. I like tak

We had fun at the @sharemoresmiles Christmas party

Getting ready for the @sharemoresmiles Christmas p

Enjoying a moment of simplicity with a bit less st

When Emma fit in a pouch like a baby kangaroo 💖

When Emma was a newspaper girl 😉💖😂

I'm on crunch time with this photo book 😬 I gue

Our successful play dough making session for the w

Does this count for participation in #30daysofplai

Well I had to make the executive decision to chang